I discovered this German article about the DVD release, written by reporter Joerg Isert:

Unfortunately, it's in German! However, after I contacted him, Mr. Isert kindly agreed to send me a translated version. He also gave me some additional details, with a few things which weren't included in his original article. Both are below.

"Shadows of
the past - The "Poltergeist" Controversy: An old dispute leads to a poorly
equipped DVD edition":


David, thanks for asking. I even used some information I read on your - very
accurate - site for my piece. My original idea was to write a commemorative
piece, since "Poltergeist" turns 25 this year. I was always fascinated by that
movie, especially how much it stands out compared to other horror films. While
writing the piece, I learned however that a newly planned DVD edition would not
include any features about the movie itself. So my focus shifted, especially
when I learned that the reason behind the missing specials seems - still - to be
the old who-directed-Poltergeist-controversy.

The original text was much longer. It featured a statement from Warner Germany
regarding the new German DVD, which seems to be the same one as in the US. A
speaker stated that no significant special features were included because of
legal issues. She did not get more specific, so I am not sure if she referred to
the directorial issue. Maybe, maybe not. She also emphasized that the DVD was no
"Special Edition", when I used that term. A questionable objection, when one
thinks of what was was originally announced.

Apart from that, the text included a statement from Richard Edlund, whom I spoke
to. His answer was sadly cut from the article. As far as I understood,
however, he was interviewed for the DVD. When I told him that it seemed like the
material shot was not included, he mused that it might have to do with the
directorial issue. He was, however, gentleman enough to not officially comment
on his view regarding the director-matter. So we should leave it at that.

Spielberg's personal speaker Marvin Levy was also so kind to answer a request by
me. He would not get into any specific detail, which I think is understandable
from his point of view - since that issue still seems to be legally difficult.
The original official statements he gave me were these:

I think the idea of speculation one way or another may have come from a
poltergeist that has lodged behind too many film sets trying to bring back or
sustain the true and the untrue.
On the matter of participation in this new DVD release, I am not aware that
there was ever a request for Steven to do anything new. Even if there was, he
has rarely, if ever, done a new interview for any of his films except for some
of those classic films he has directed such as the upcoming " Close Encounters
of the Third Kind. " or a few years ago " E.T. ". On those that he has not
directed, he always defers to the director.

I don't have an answer on the question of whether there might be some future
features about the movie because that would be up to Warner Bros. at some point
down the road. Regarding where "Poltergeist " is in his heart, I only know that
he is pleased that it is coming out now in high definition DVD. Films that are
"close to his heart " are those such as "E.T.", " Close Encounters, " "
Schindler' List, " and " Saving Private Ryan" - all of which have a strong
emotional tug. There are many, and I have to think "Poltergeist" is among them,
that he is proud of for the overall creativity, film-making, and success.------

So the directorial question remains open at least for now. If you are interested
in my personal point of view: I think that some elements of the movie were
Hooper's. But overall, "Poltergeist" seems more to be Spielberg's than Hooper's
film. The movies Spielberg made at the end of 70s and beginning of the 80s -
"Raiders", "E.T." and "Indiana 2", were his best in my opinion. Might have to do
with the fact that I was a kid at that time, but they all feel very special. And
exactly the same kind of "spielbergian" feeling I get when watching
"Poltergeist".

The movies Hooper made afterwards are fun, but dumb. And they do, at least for
me, not produce any kind of a special feeling. But it might be that the work he
did on the movie is recognized too little. For sure is: As a producer, Spielberg
has more than one time brought out the best from some young directors - think of
Zemeckis' "Back to the Future" and Joe Dante's "Gremlins". In the end: Although
the documentarian work you do on your - great! - website makes it very clear
that "Poltergeist" was a problematic collaboration, that collaboration has
nevertheless lead to an all-time-horror movie classic.

Joerg
************************
David's Postscript: Some time ago I received this interesting email message from an anonymous tipster:
Lets just say I'm in the same boat as you in terms of disappointment of the featurettes that were planned but cut - what was to be a grand assortment of bonus features turned into 2 15 minute featurettes loosely affiliated with Poltergeist. The short answer of what happened: Spielberg, Hooper, and Craig T Nelson had no interest in it and the studio quickly lost interest as a result.
I also received this claim from someone else:
In the past, Mr. Spielberg had been hesitant to allow a Special Edition because of the continued sensitivity regarding his "shadow directing" the film.
"BenThere" over at SpielbergFilms.com speculates that there were probably various teams of lawyers who had to sign off on what actually ended up on the final DVD release. It's interesting to note that in the end credits for the two part documentary on the DVD, both Spielberg and Hooper were listed in the "Thanks To" section, along with Richard Edlund, even though none of them actually appeared in the doc (although as Joerg points out above, apparently Richard Edlund was interviewed).
******************************************
Below: Notice the two different box covers for the "Special Edition" DVD. The first version released online called it the "25th Anniversary Edition." Later, this was changed to reading simply "Restored and Remastered." Also, notice how the back cover says it would include the theatrical trailer. This too, ended up not being included on the final release. 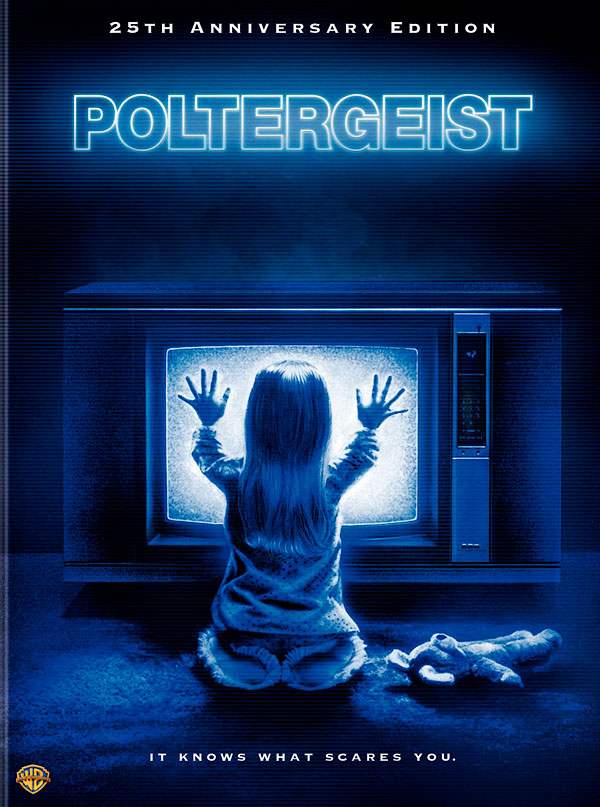 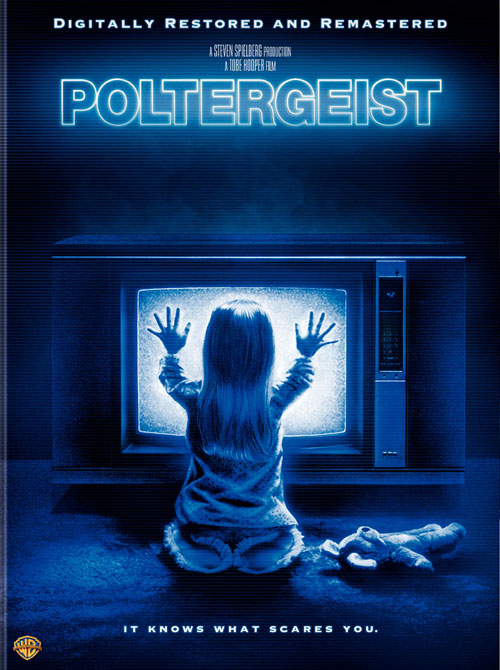 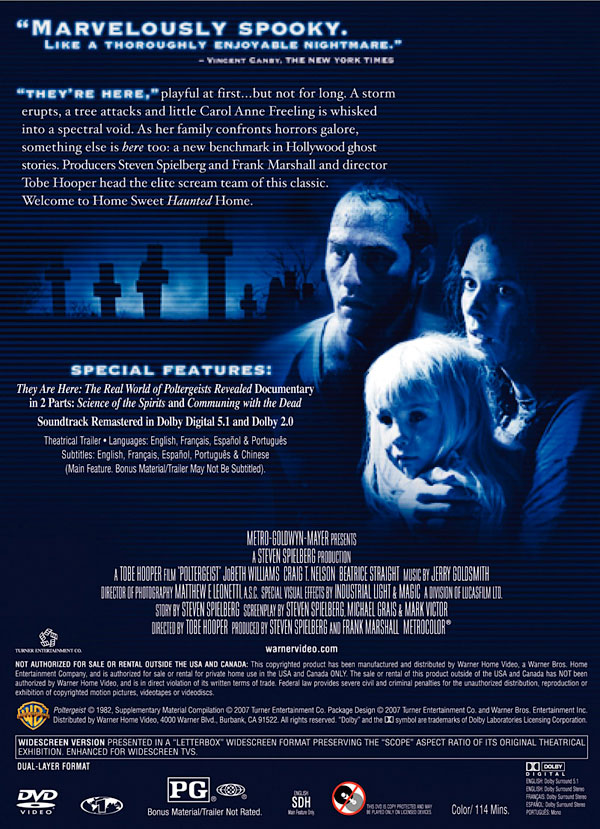