Below is an excerpt from the deposition given by agent Tom Korman in the Clemens/Yellin lawsuit against Spielberg/MGM.
Korman represented many famous clients over his decades long career in the industry: http://variety.com/2009/scene/news/agent-tom-korman-dies-at-76-1118007264/

Although Korman testified that he remembered sending the "Housebound" treatment to Spielberg's office, he could not remember how it was sent or when his office sent it. Korman (and his secretary, Mary Halchester) also could not locate any record of the treatment having been sent (she would later state in her deposition-below- not being able to remember seeing or sending  "Housebound" at all; though she admits that it was several years after the fact and that "oodles" of scripts had crossed her desk). No carbon copy letter was in their files. However, as Korman states, usually when scripts were sent with only a business card (as this one might have been), no record would have been kept. Korman could not remember whether the "Housebound" treatment was sent with a letter or a card. And, apparently, depositions given by the "go-fers" (messenger boys who would have delivered the treatment at the direction of Halchester) proved contradictory and/or inconclusive as well. The Defense team for Spielberg would later use this conflicting information to raise doubt, and to argue to the Judge presiding over the case that there was no evidence the treatment was ever delivered to the Amblin' offices. The Judge would eventually agree with them, saying that the specific "access" evidence brought forward would not go before a jury (the case was settled right before trial, in late 1986). 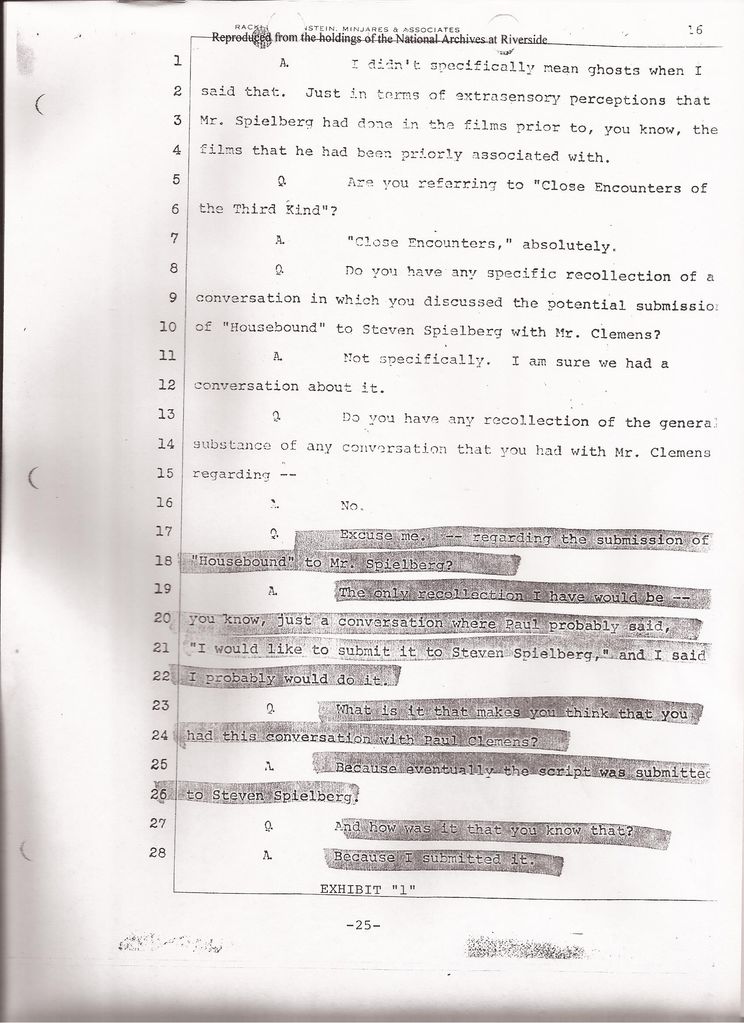 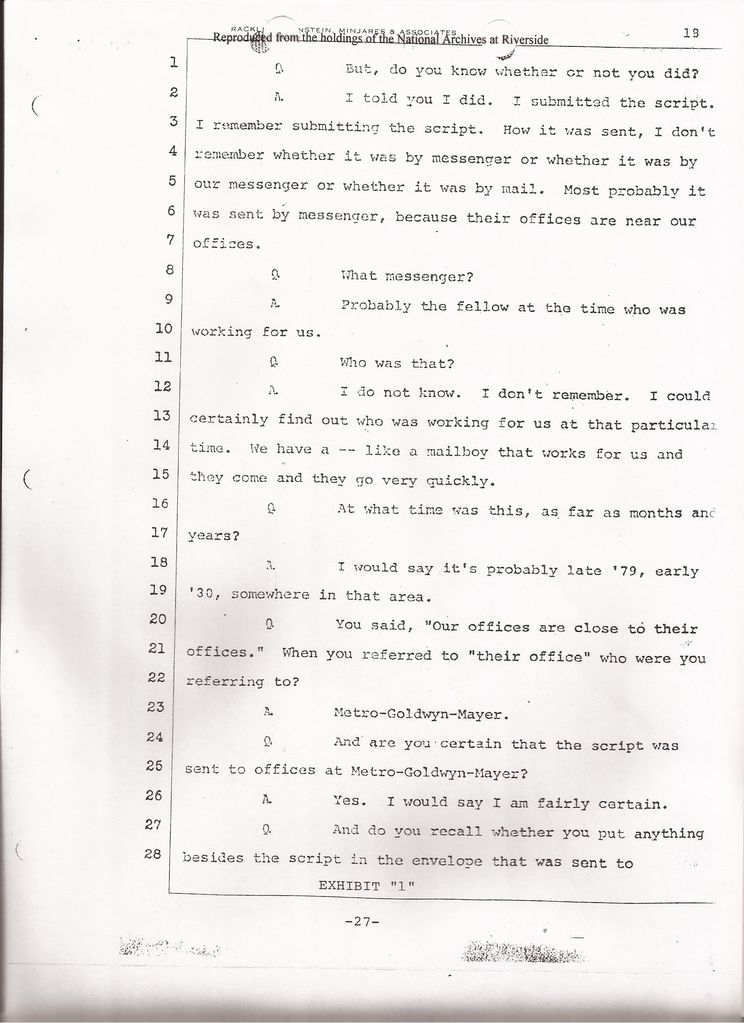 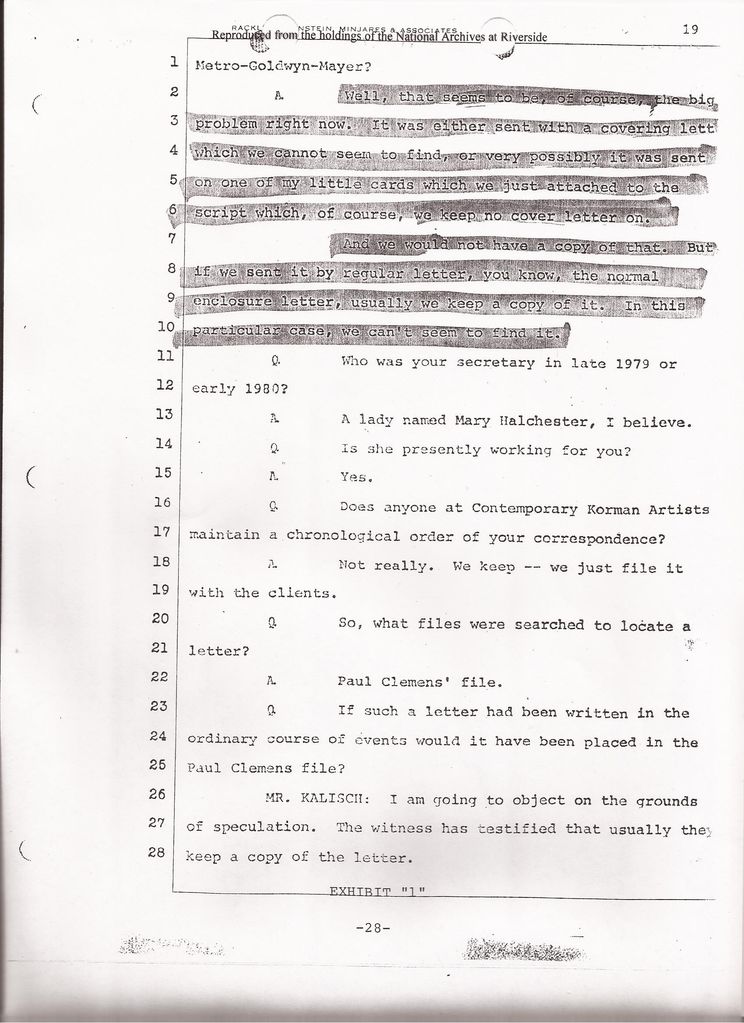 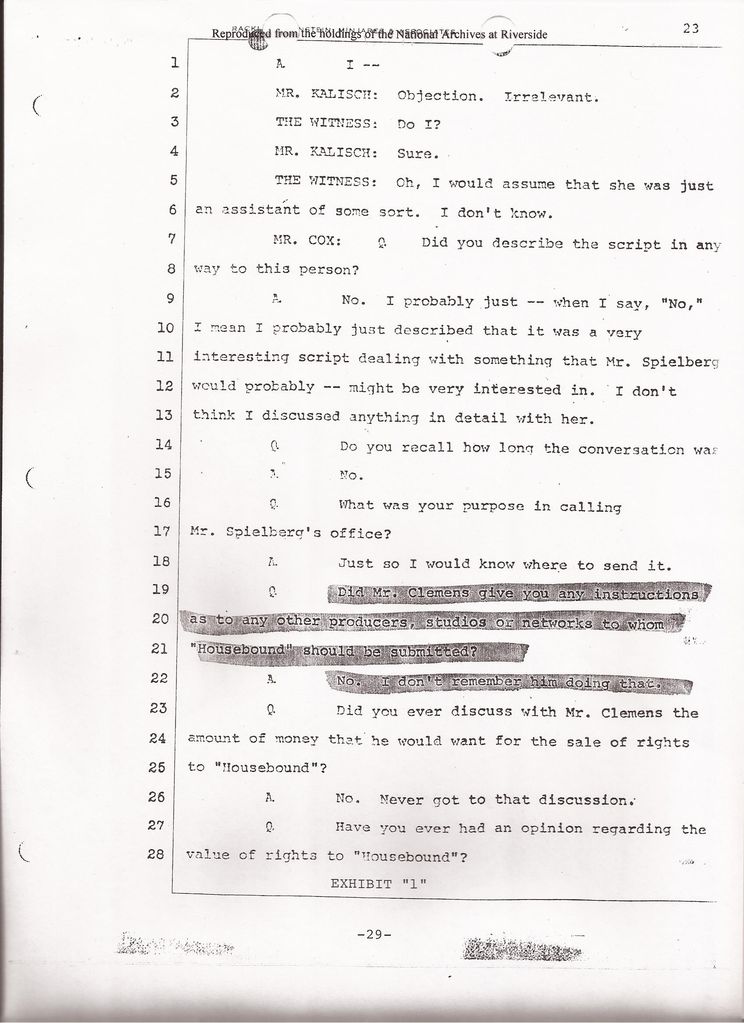 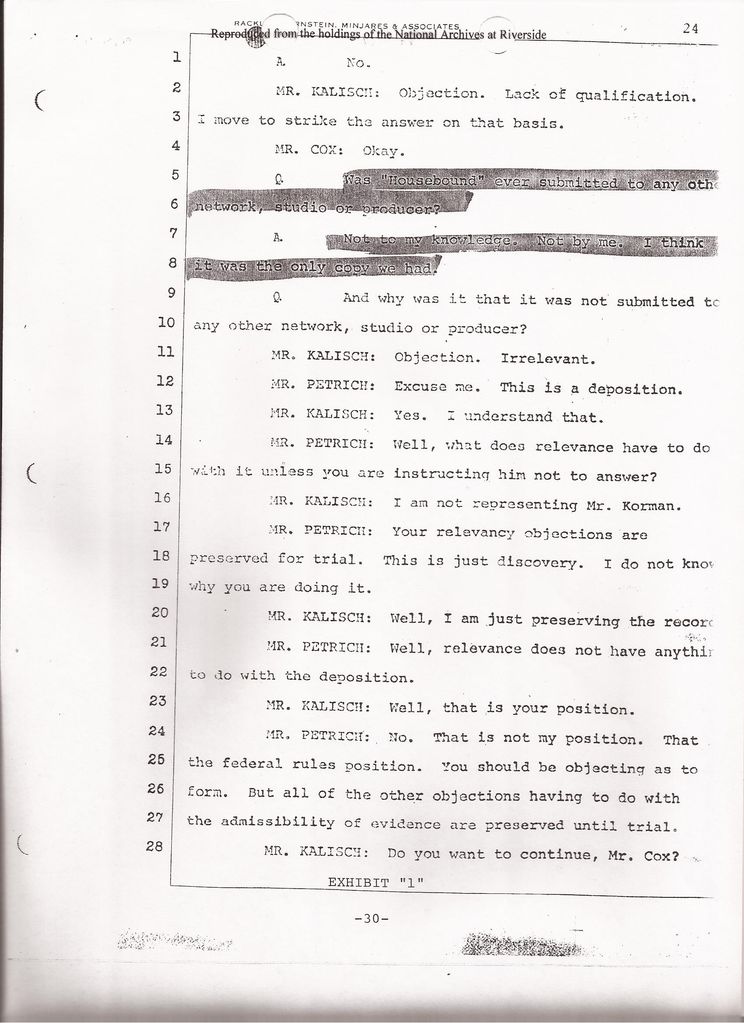 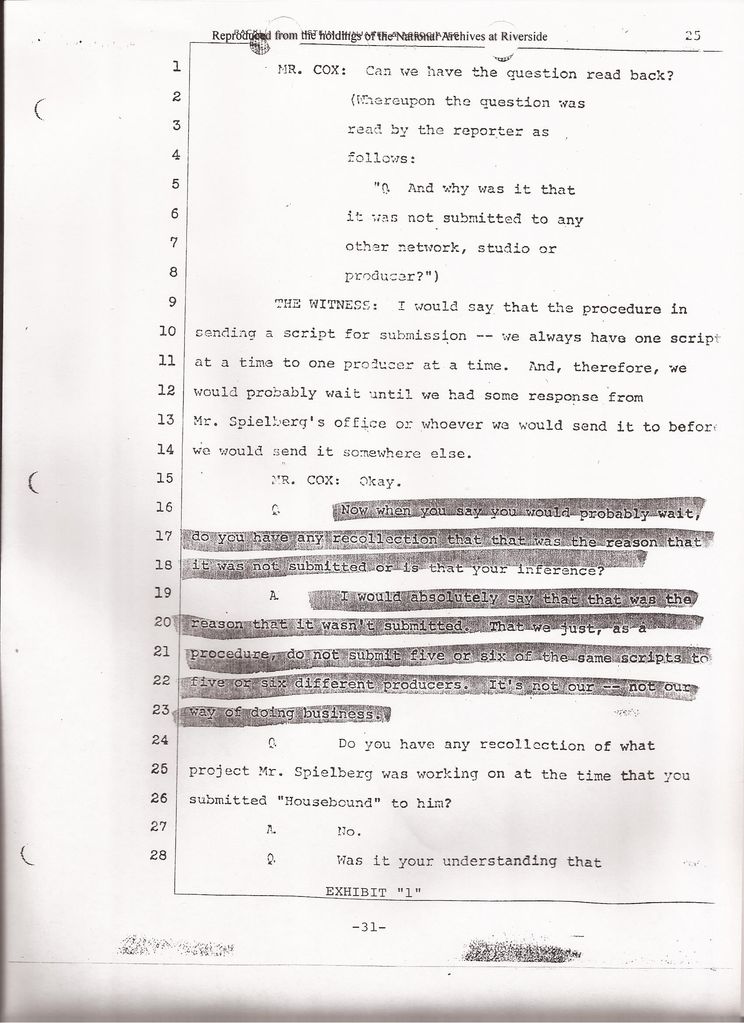 And here is the deposition of Mary Halchester, Korman's secretary: 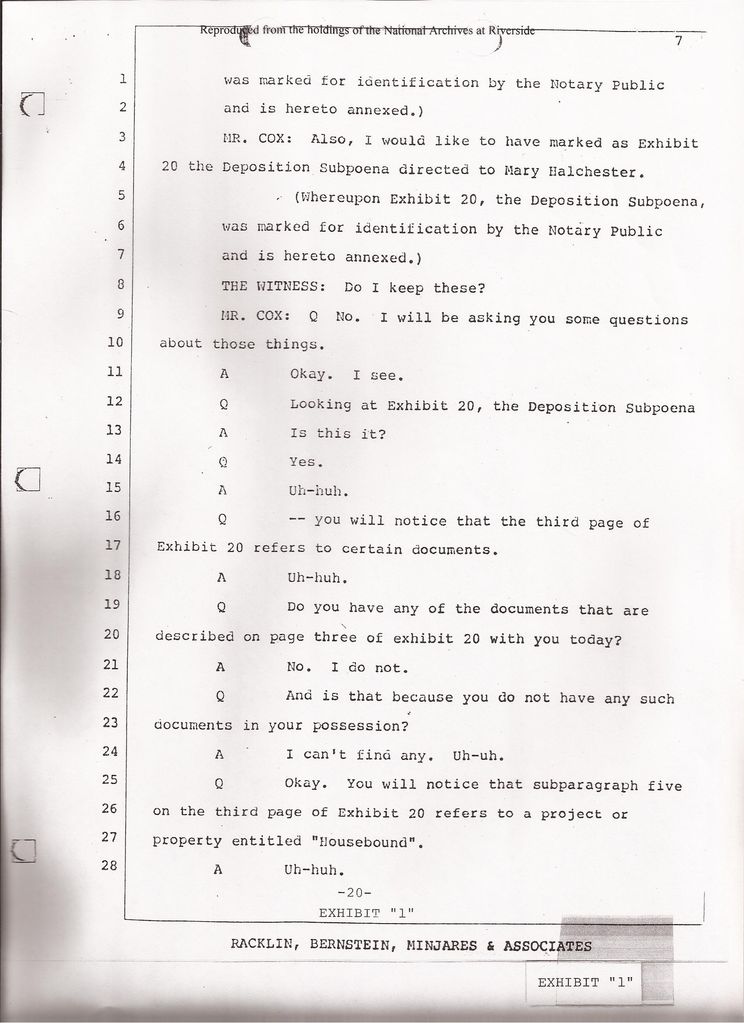 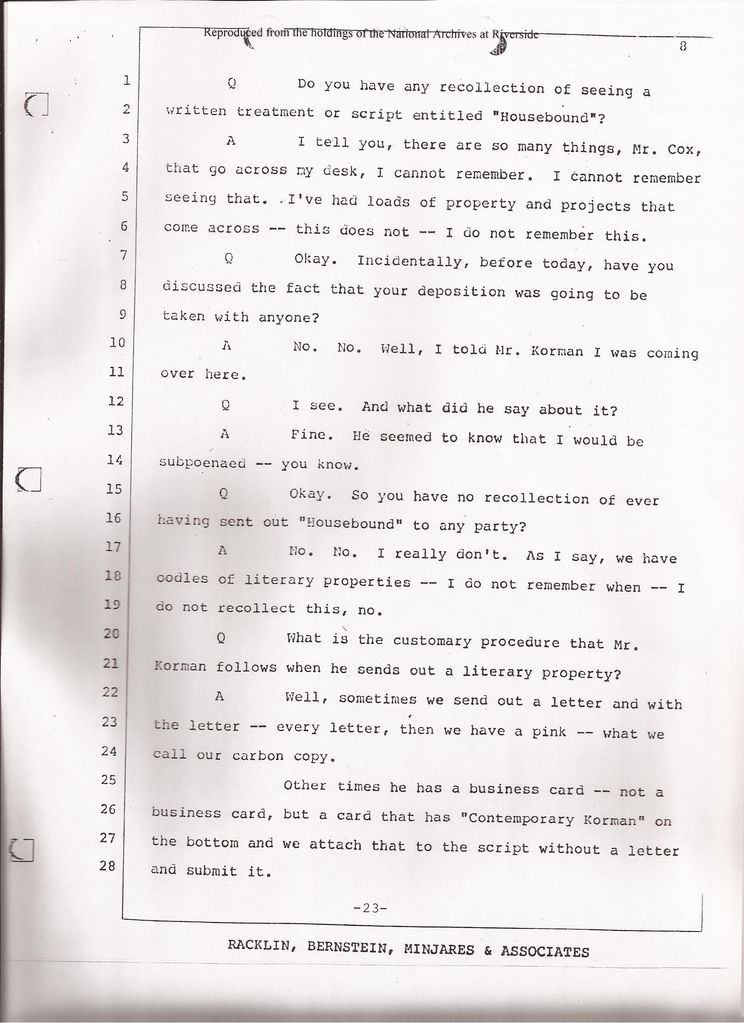 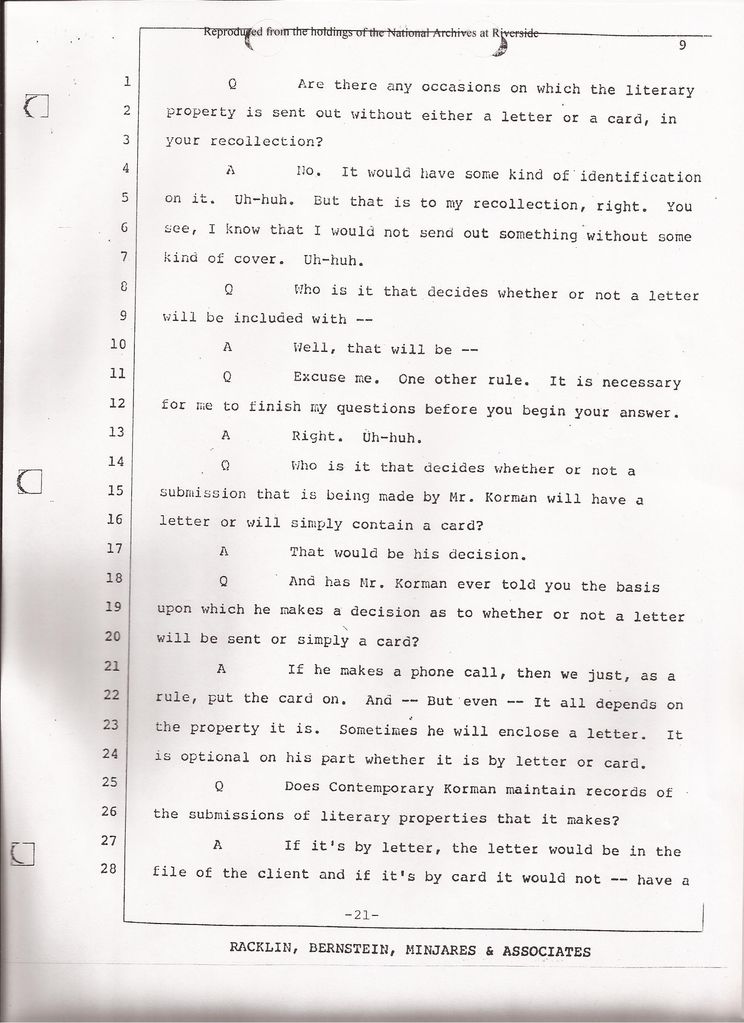 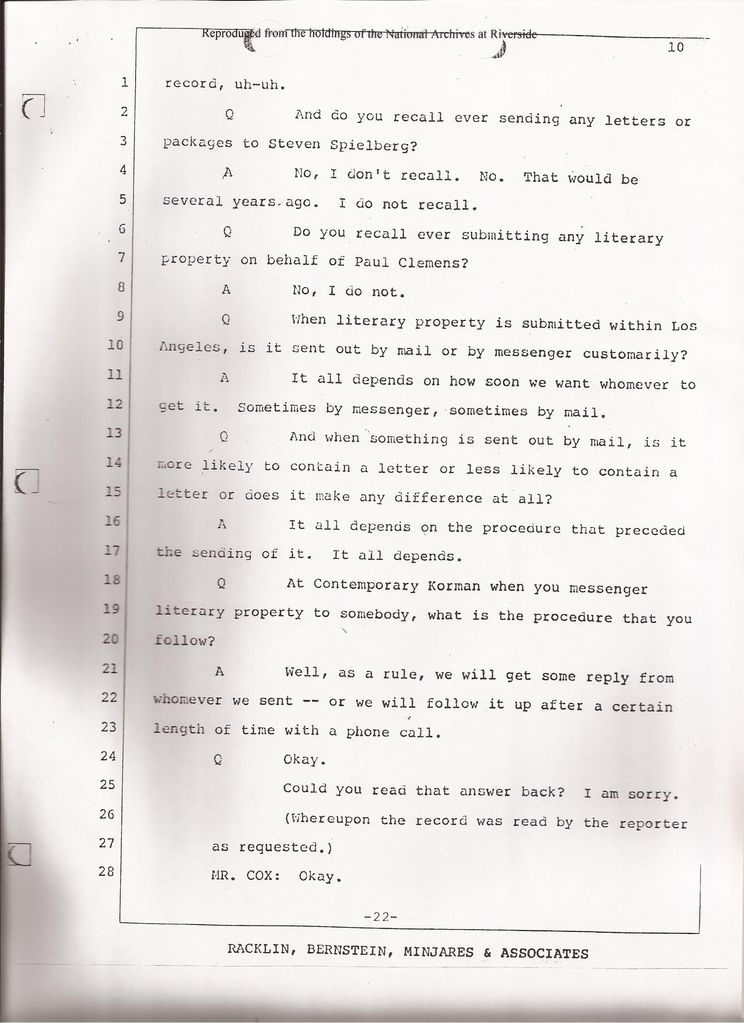