Michael McCraken on the film's makeups

One of the interesting side aspects that came from the Clemens/Yellin lawsuit against Spielberg and MGM were the under oath depositions given by various crew members. Here, makeup artist Michael McCraken, who worked for Craig Reardon on the film, discusses his work on the face peeling, closet mouth, and corpse sequences. One of the allegations in the lawsuit was that the "face ripping" scene was "stolen" from the Clemens/Yellin "Housebound" treatment, but as can be seen in this 1985 deposition transcript, we find that actually McCraken came up with the face ripping idea on the set, on his own, and it wasn't even in the Spielberg/Grais/Victor script. 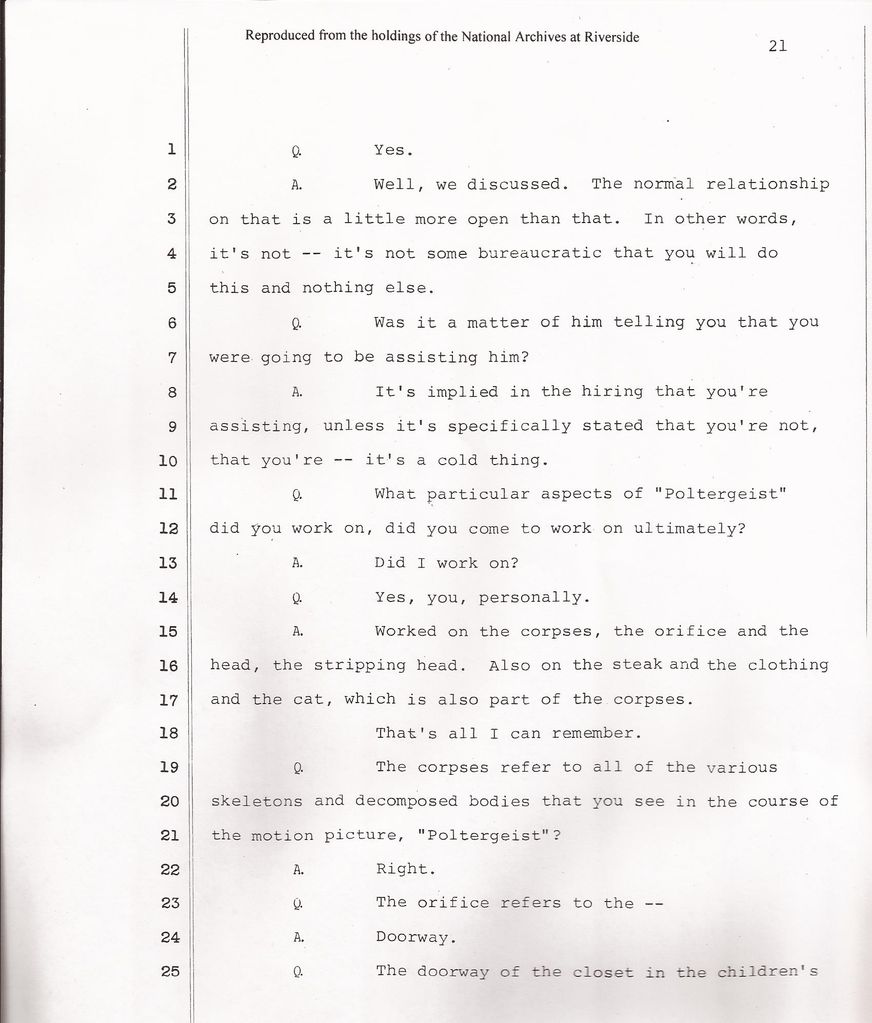 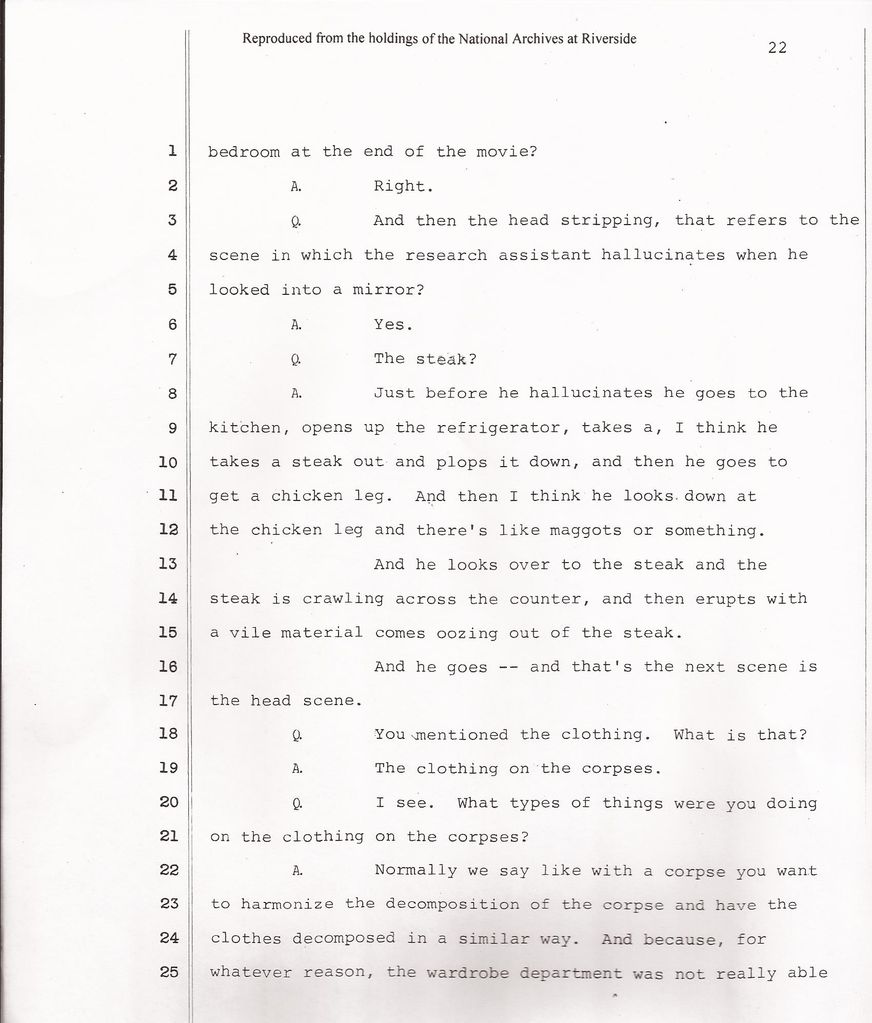 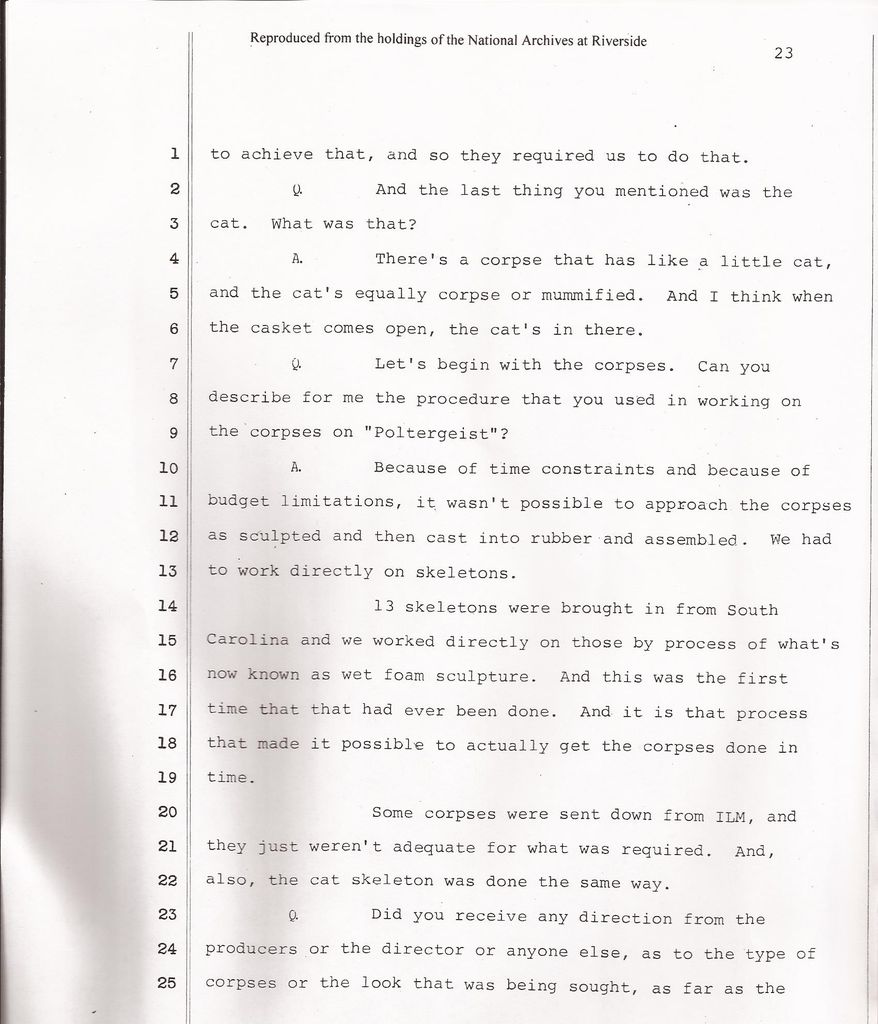 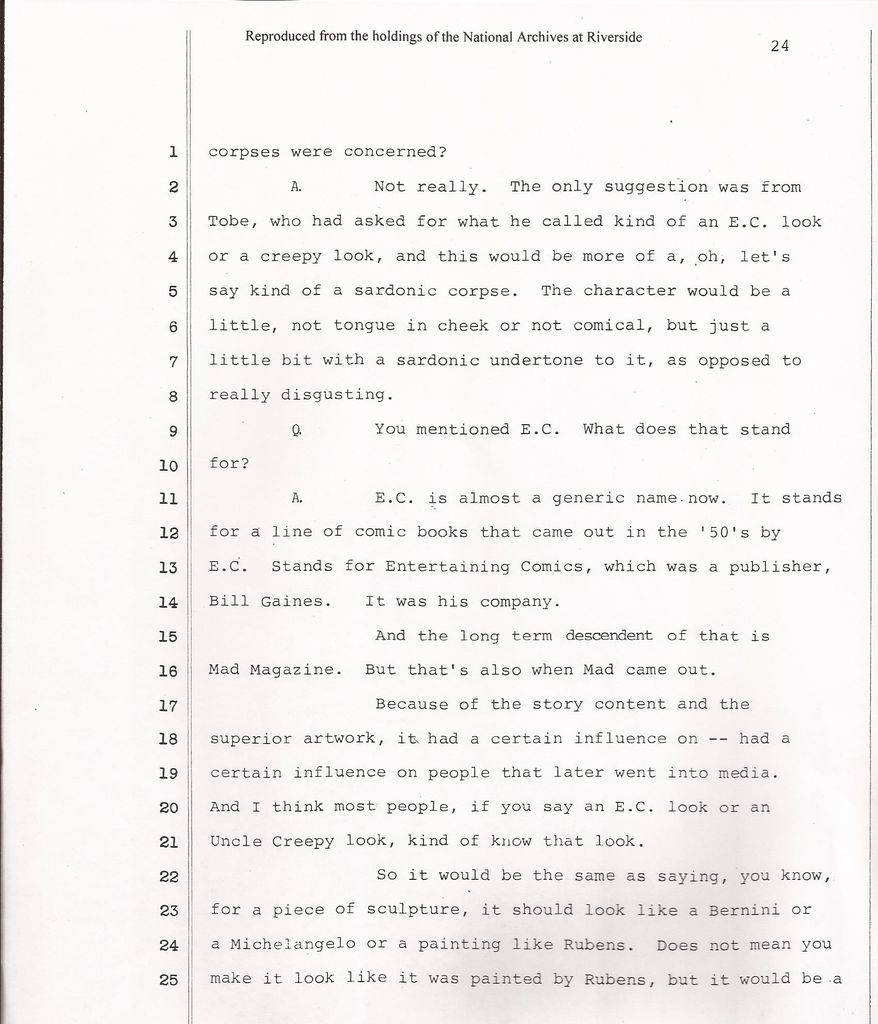 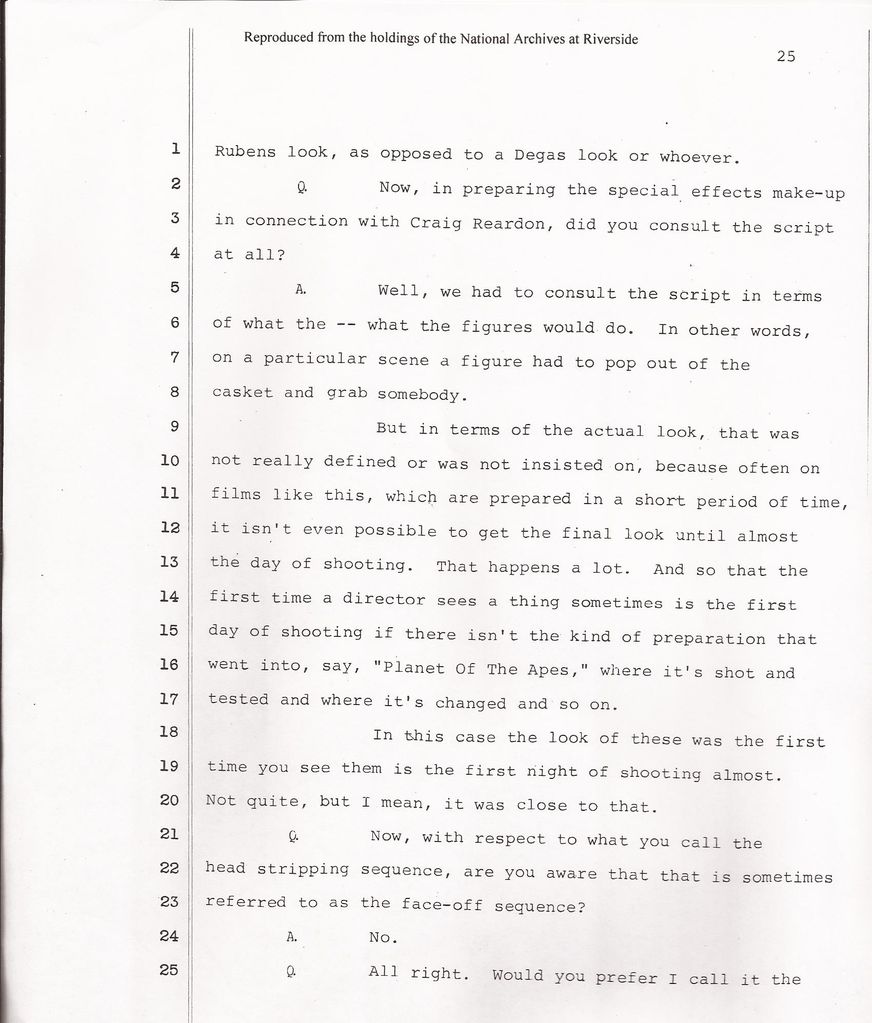 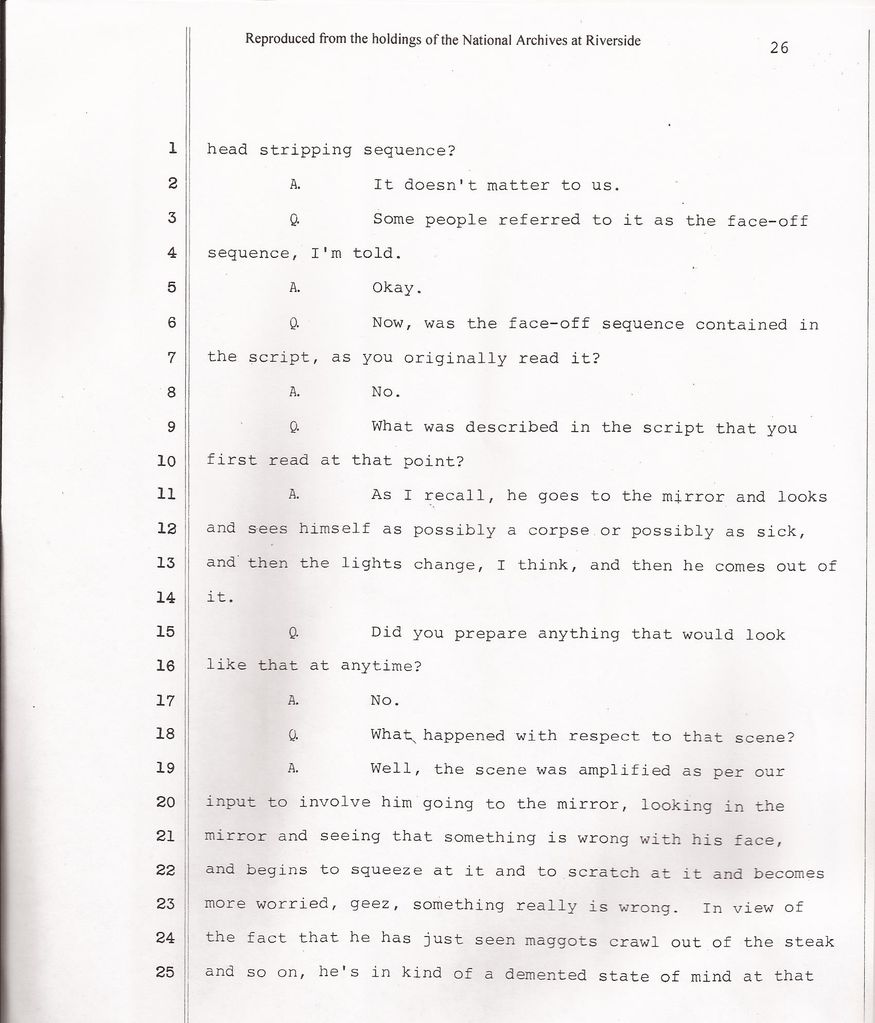 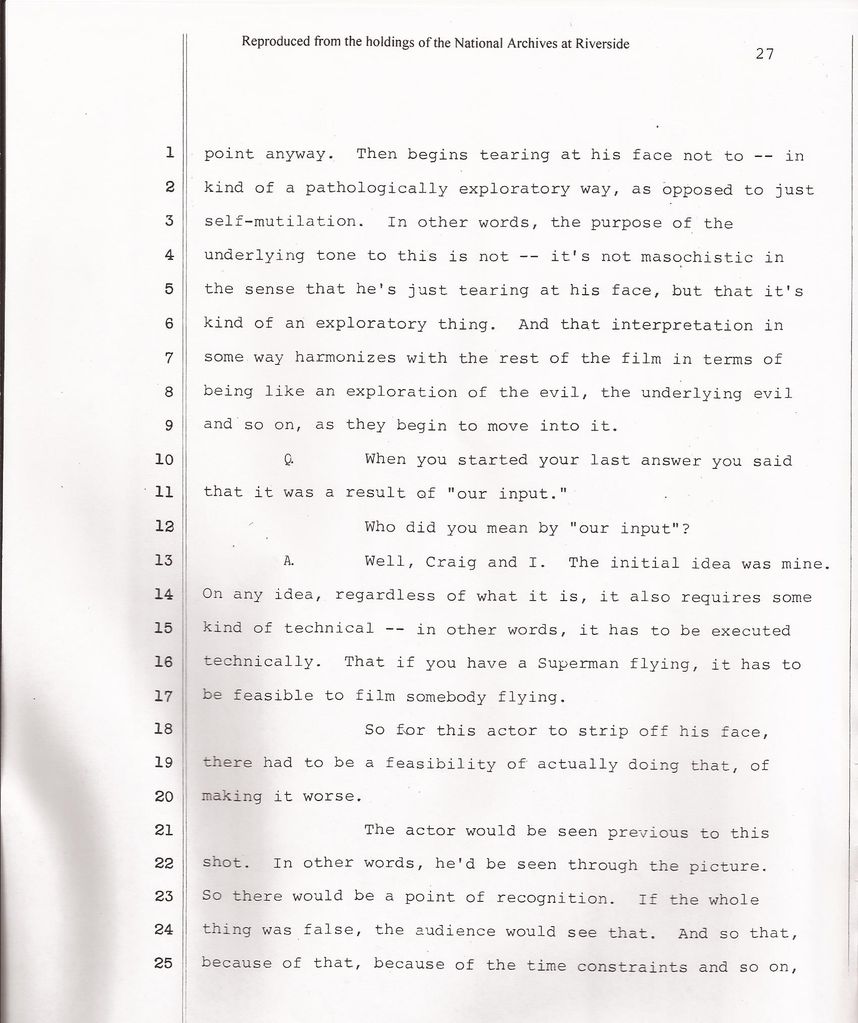 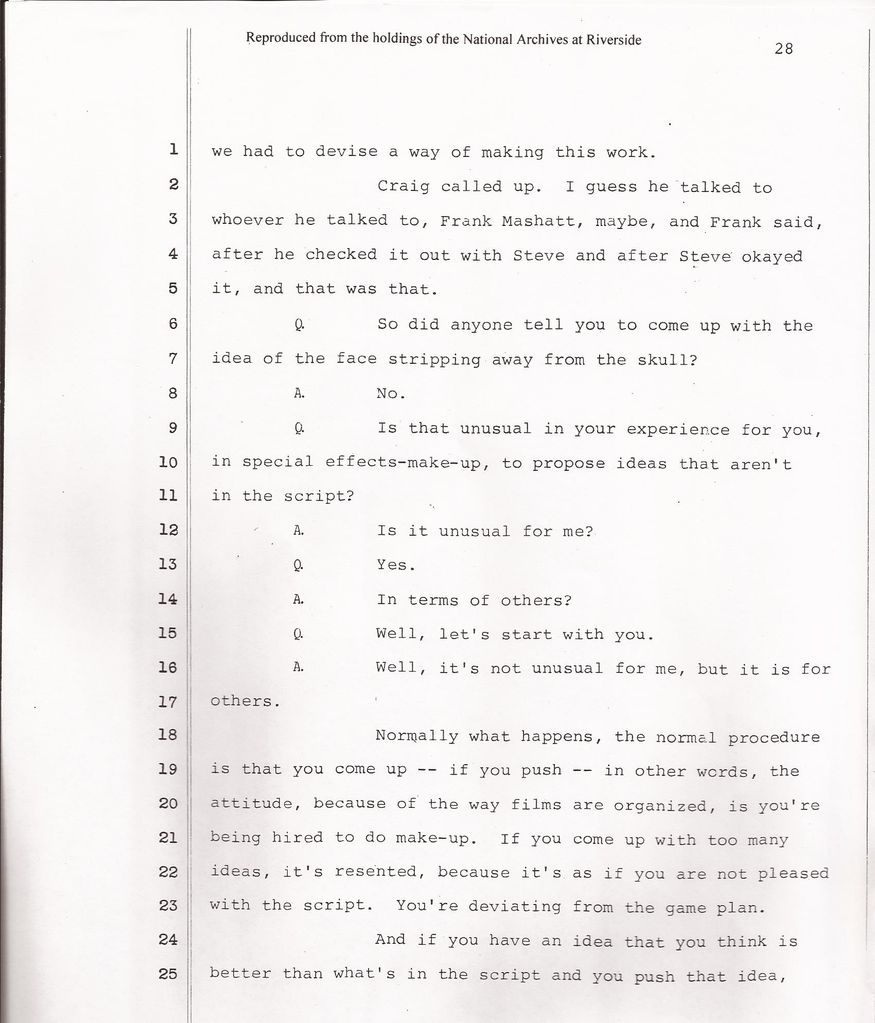 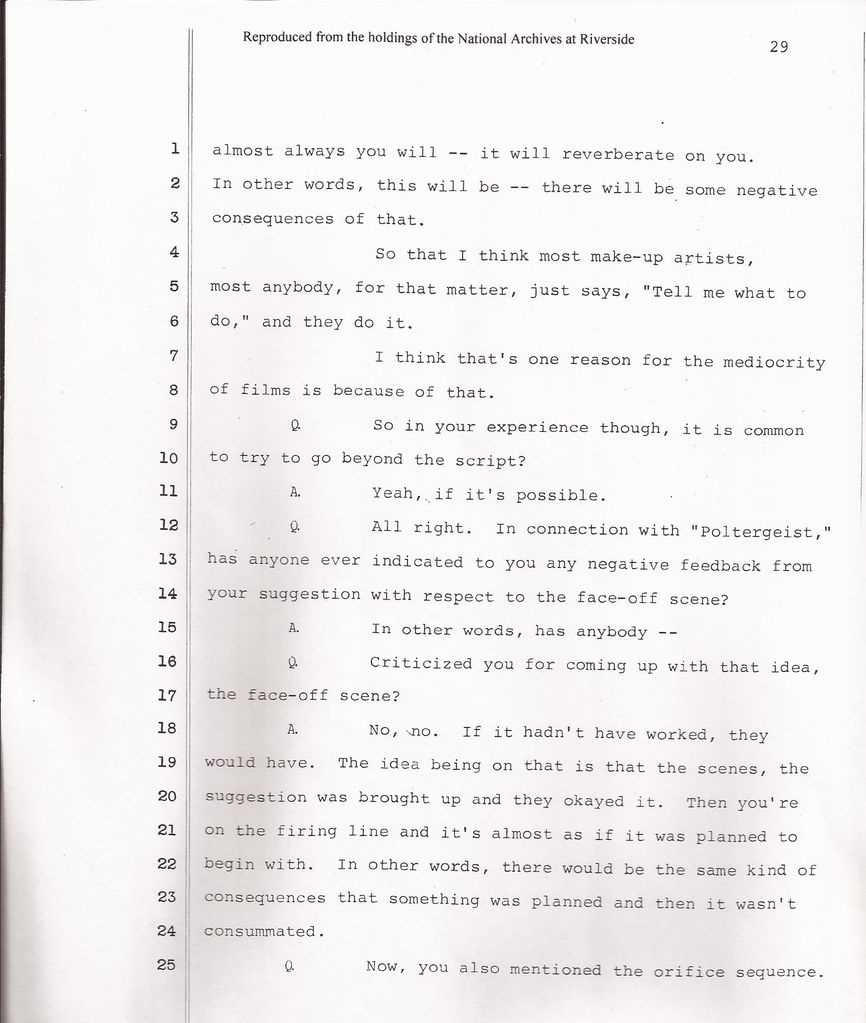 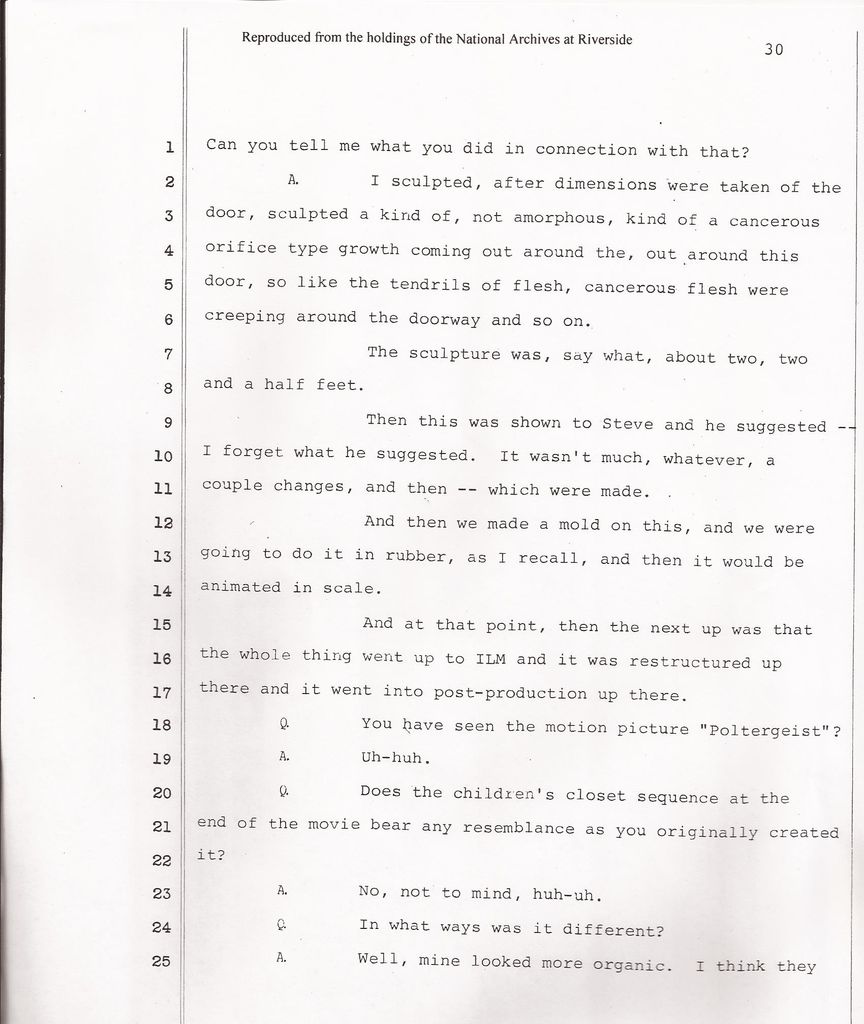 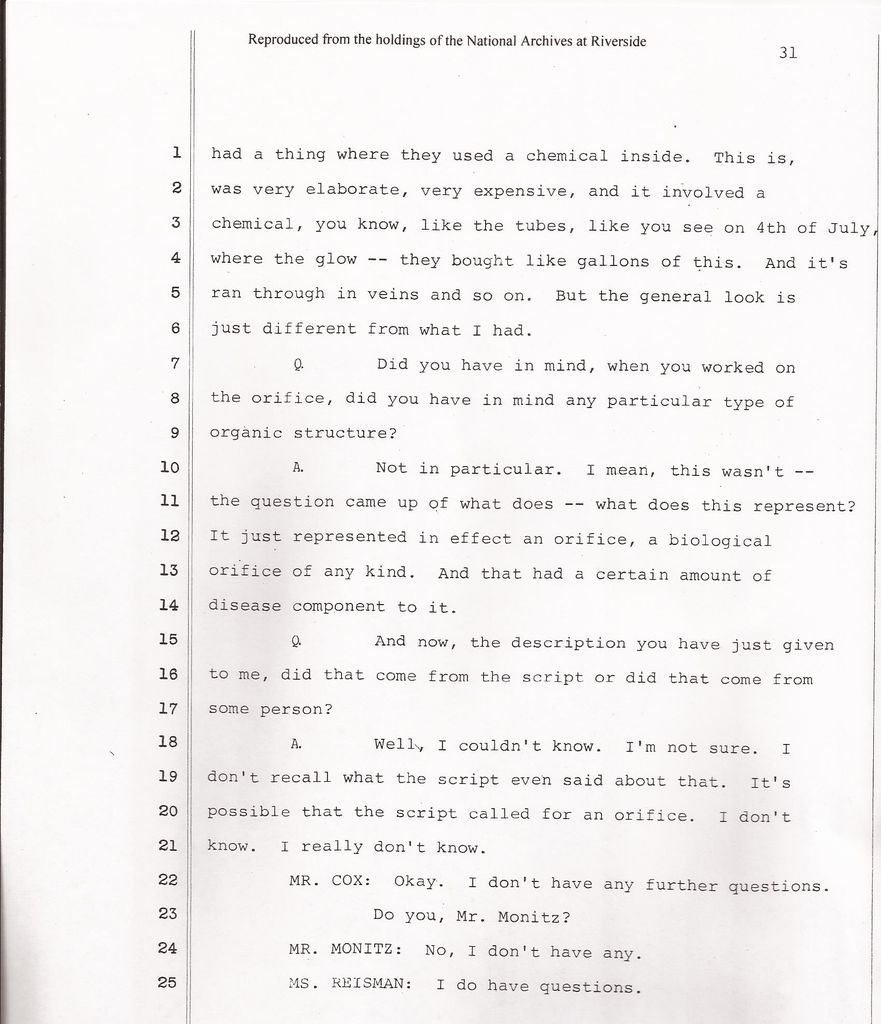